Managing your child’s video game time is not a simple task. Establishing boundaries and respecting them is not always easy either. In this post, I share 6 tips to help you manage your child’s gaming time.

Oh! Video games! My son Noah, of “almost 10” cannot live without them. Sometimes, it worries me. It seems his life revolves around video games. If he can’t play video games, it’s like he doesn’t know what else to do.

For my daughter, no problem. She plays video games sometimes, but we never needed to limit her. She’s more often reading a good book or drawing, things that Noah doesn’t really like to do. 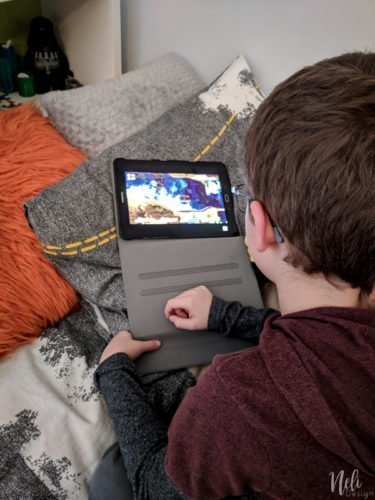 Lately, Noah started listening to videos on Youtube of people playing video games! I feel it’s even worse! No need to think and act, someone else does it for you!

A while ago, we decided to limit the video games and videos time.

Two hours a day for the weekend may seem huge. But when you think about it, in “30 minutes” periods, it’s like he has the right to play video games 4 times a day. It goes extremely fast for him.

For the weekdays, we have already tried to completely remove video games. The result was rather catastrophic. My son started hating the week and always looking forward to the weekend. At the same time, since he made the association that school nights meant no video games, he started hating school. Doing his homeworks was a pain. Since we started the new rules, it’s much better

Noah has been used to set a timer to limit his video time. I have to say he’s pretty reliable on that. Usually, he needs to count on a sheet of paper the amount of “15 minutes” used, but sometimes, he counts in his head, which I like a lot less.

The biggest problem is that he often gets carried away in a game and ends up adding several 15 minutes timers, one after the other and thus quickly exhausting his time. Guess who’s grumpy for the rest of the day after that!

The difference between playing video games and listening to videos. 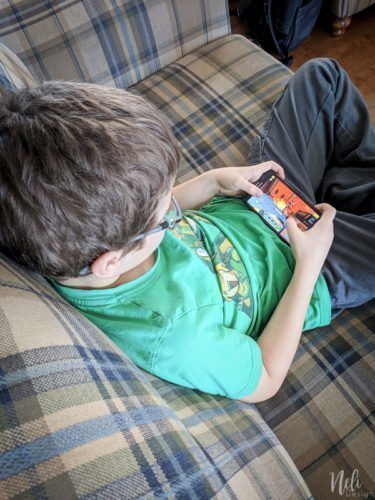 I explained to Noah the difference, in my opinion, between playing video games and listening to videos. In the same way that some games are “good food” for our brains, only listening to videos requires no thinking and interaction. If I had to choose, I would much prefer that he played video games.

Also, unlike television, Noah’s cheeks become all red when he listens to videos. As if he gets super excited. I thought it was time to update our strategy.

In addition to limiting video game time, we decided to add some new rules such as requiring breaks between play times, spreading the time throughout the day and limiting the time he watches videos.

How to manage all these rules

More rules require more management. That’s when my crafty side comes to the rescue! In a future post, I will share with you the solution I found to easily supervise our new rules. And as always, I promise you a free template to help you too!

Register so you don’t miss it and have access to a library full of resources?

Managing children’s video game time is not an easy task! Do you have similar experiences? Have you tried other strategies? I’m always open to new ideas and suggestions! Write them in the comments below.

In the meantime, I found some book on the same subject:

Don’t forget to Pin it for later! 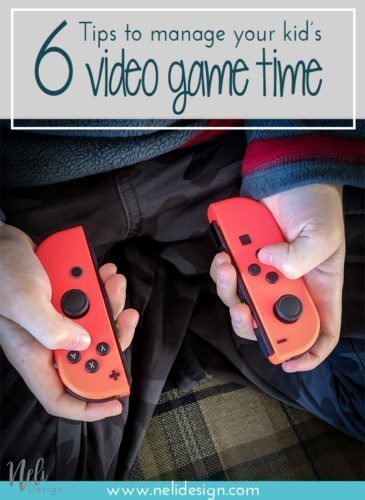 Click here to see which Link Party I participate.