See what you can do with the Weld function in Cricut Design Space and learn how to use it with text to make beautiful script text.

The weld function does exactly what its name says: it joins two completely different objects together to form one single object that will be cut continuously.

How to weld objects

Check out the video to have all the details and subscribe to my channel so you don’t miss anything!

In the example below, I want to weld the three rectangles ending in circles so that they are cut as a single object. To do so, I must select the three layers by holding the “shift” key and press “weld”.

Unlike Slice, it is possible to weld several layers at once.

It is even possible to weld two objects that do not touch, which will be the same as using Group. But, unlike Group, Weld cannot be undone (unless going back with “undo”).

The importance of Weld function with text

Another essential way to use weld is when you want to write script letters (cursive letters) and you want your machine to cut it as one object.

Even the cursive fonts found in Cricut Access have the letters all separated when first tipping them.

You can reduce space by using “Letter spacing” but it’s never equal and exactly what we want. Like you can see below, the space between the letters has been reduced to zero but the spacing is still not equal.

The fastest and most efficient way to arrange letters is to click on “Advanced” and “Ungroup letters”. That way, you end up with one layer per letter and they can be moved individually.

Then, you just need to place them as you want, select them all and press “Weld”.

Like shown below, the word “sweet” will be cut as a continuous object.

Here are other resources to help you in Cricut Design Space 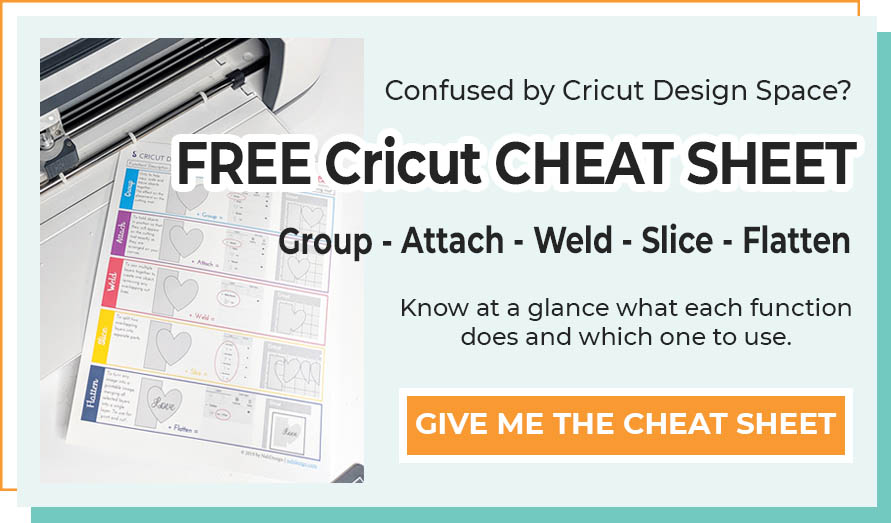 And don’t forget to Pin it!