48shares
Have you seen this one-piece costume trend that kids are wearing for Halloween? Did your kid ask for one? I have a solution for you!

It all started with a lack of time! Or maybe just a lack of will… You know what I mean, don’t you? I always try to make my kid’s Halloween costume. I even went very far last year with the Splatoon 2 costume. Pretty hard to top that!

This year, my daughter is in high school so she doesn’t care too much about Halloween (at least that’s what she says!). And my son asked me for a one-piece Pikachu costume. You know, the one that looks more like pyjamas?

Wearing these kinds of pyjamas (that I learned were called onesies in English!!) for Halloween has been a trend around here for the last couple of years and we’ve seen all sorts of colourful animals. I don’t even know if it’s a local thing but I doubt it! (Don’t be shy to leave a comment to tell me!)

As a DIYer, the first thing I did was researching how I could make such a costume. Unfortunately, it would definitely involve sewing. As you could have already read in my Pokemon Ash Ketchum costume post, I’m not particularly talented when it comes to sewing! 😮 I like way more to play with glue and paint!!

After searching a bit, I found this Pikachu Costume at Amazon.

Can you believe it was under 25$? Just buying fabric would probably have cost me more than that! A couple of clicks and it was bought. I received it 4 days later! Yes, one thing less on my mind!!

And there’s a happy little guy! 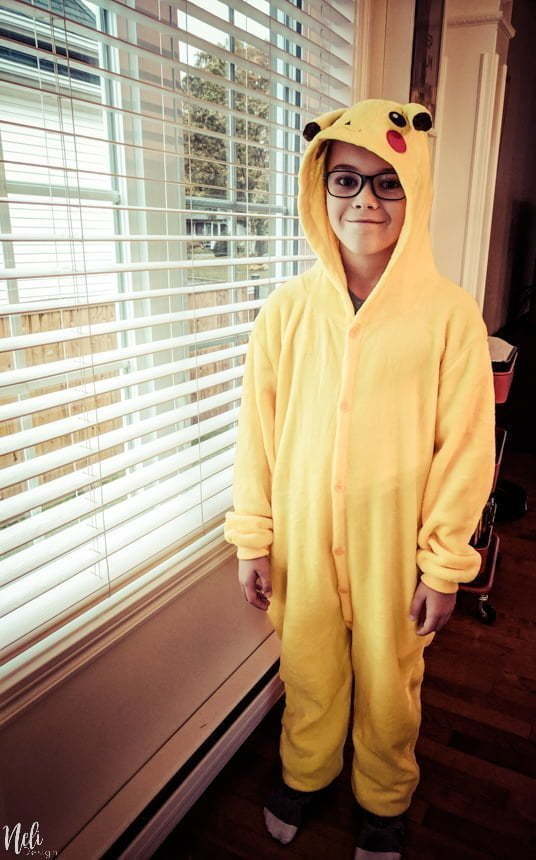 Note that I took the size 140 that is supposed to fit from 53″ to 57″. My son is 53″ tall and I think it’s perfect that way since he’ll be wearing a coat under it for Halloween. Plus, he’ll be able to keep it a little while as a pyjama (even though they grow up so fast!!)

If you’re wondering about the quality

I think you’ll be interested to know that I was surprised by the quality.  It is VERY soft which is perfect!

If you’re attentive to details, you’ll notice that it’s not a real Pikachu since the tail has not a lightning shape. 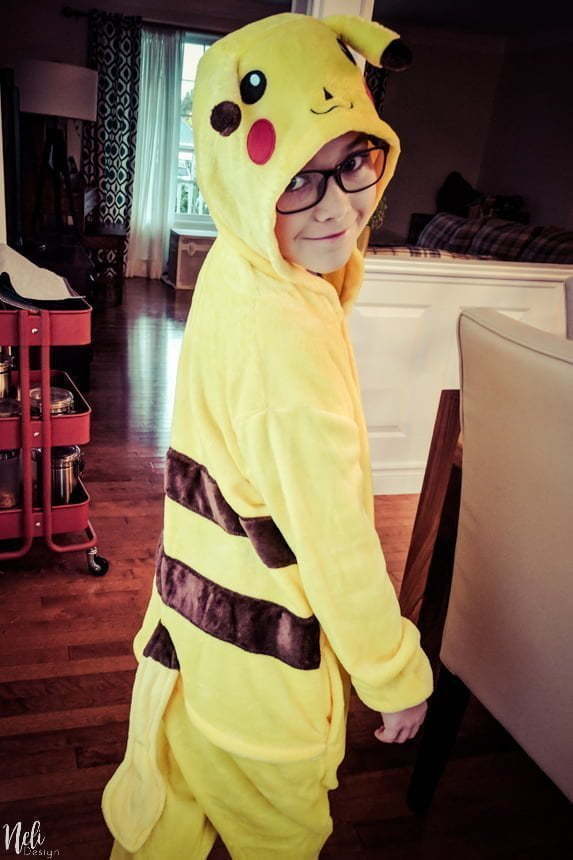 Being a DIYer and a perfectionist, I asked my son if he wanted me to make another tail for Halloween. He said no, that he liked it that way. Oh well… 😛

You can also notice that there’s a zipper right beneath the tail. That can be practical…

The nose and mouth of Pikachu are also not like that, but I think I know because I’ve made so many Pikachu crafts! 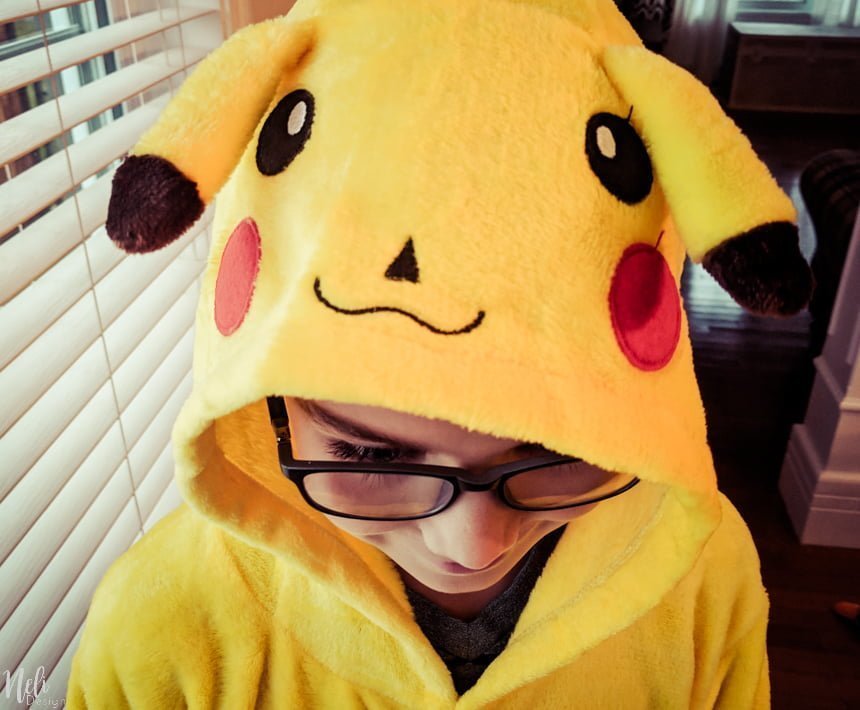 Note that if you order any costume in this post, it is not guaranteed that you’ll get the same quality that I had and an as fast delivery. Please read the description carefully before making a choice.

Other one-piece costume ideas for kids

Finding this Pikachu costume got me curious to see what else Amazon had in store.

As for Pokémon, I only found another one, Charmander. This picture is not the best but you can see on Amazon that it also has a hood.

I also found other movie characters. Do you recognize them?

They are so freakin’ cute, I think I want one for myself! 😛

Finally, what are the most popular “animals” right now? Of course, unicorn! They have them in all colours!!

And if you really want to go all the way, you can even dress-up all the family as unicorns! lol Isn’t that cute?

Tell me what you think of this trend? Have you seen a lot of one-piece Halloween costumes in your part of the world?

Till then, don’t forget to Pin it! 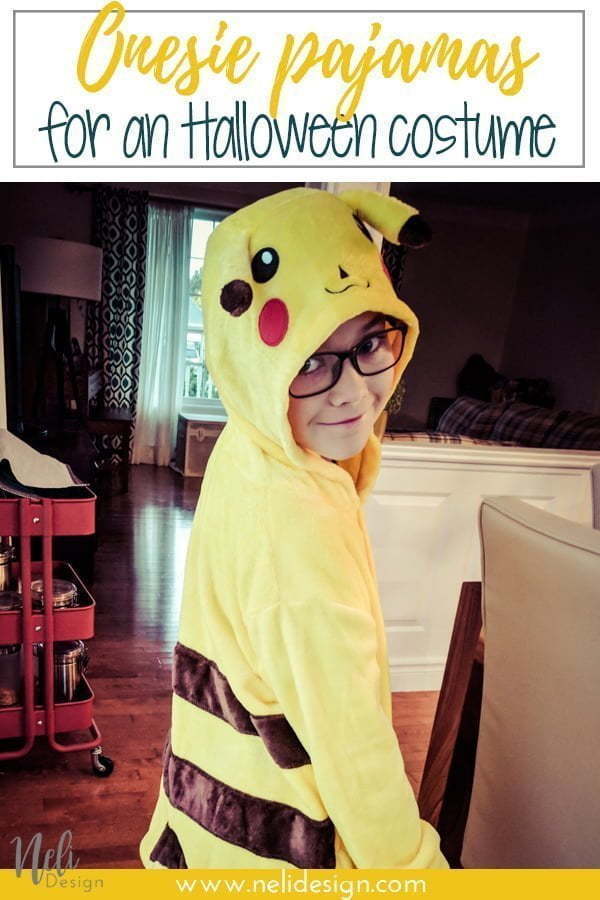 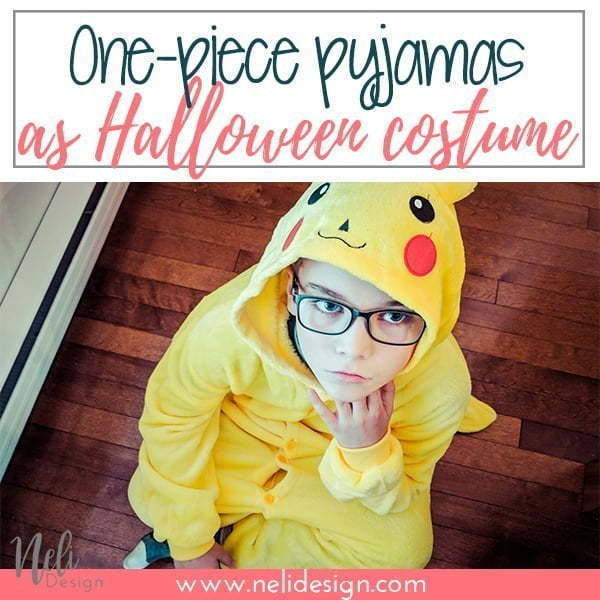